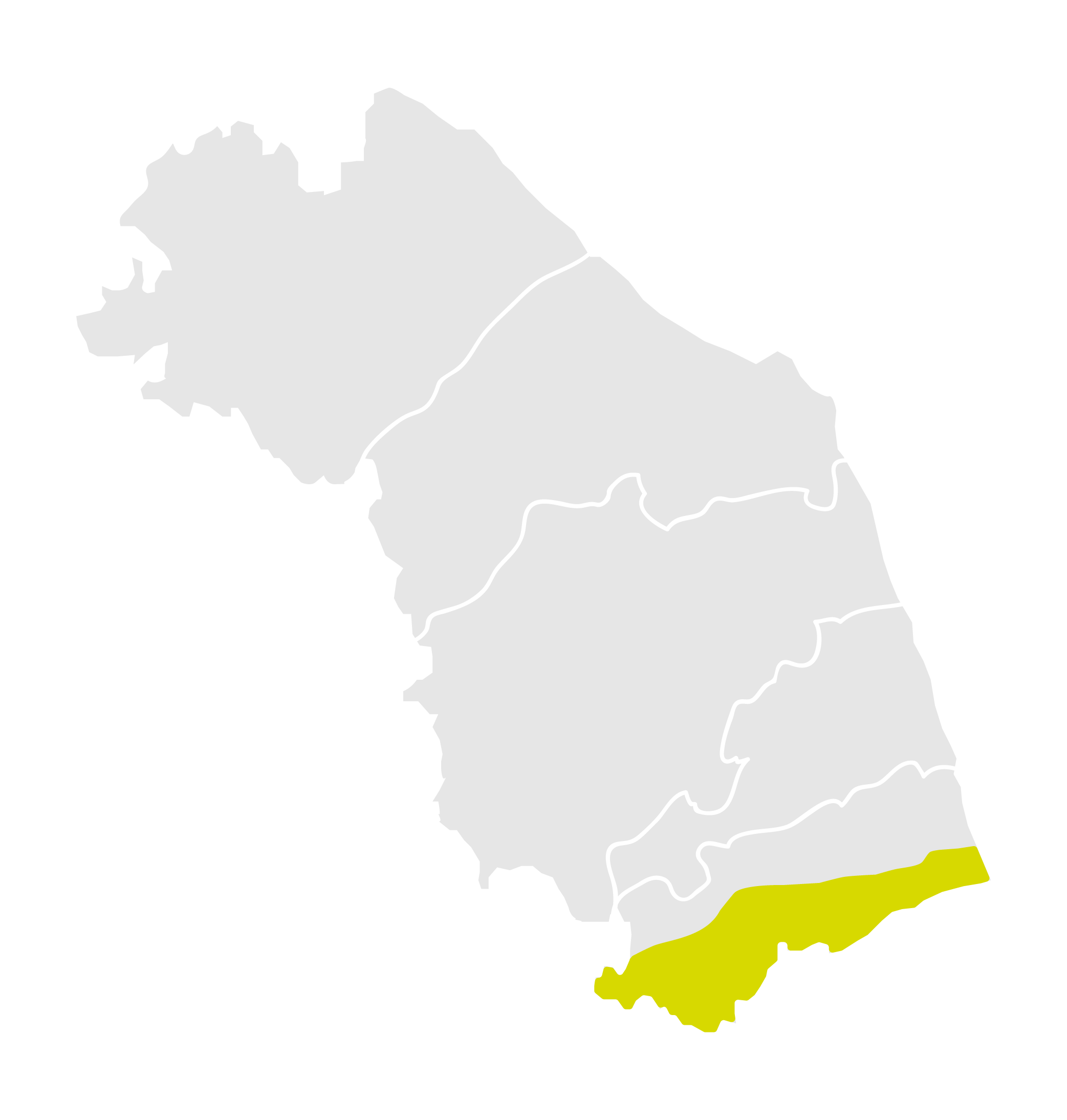 The city of Asculum, the capital of the Picenes, boasts ancient origins; built in the territory today occupied by the city of Ascoli Piceno, naturally fortified by the presence of Annunziata hill on one side and by two rivers, the Tronto and its tributary Castellano, on the other two, it was probably inhabited as early as the Neolithic era. The capital of the Picenes was one of the main centers of central-Adriatic Italy in the pre-Roman period, to the extent that in 299 BC Rome signed an agreement with the Picenes ensuring the participation of Ascoli in the wars against the Samnites. Asculum's strategic role was tied to the Via Salaria, which was a direct route between the Tyrrhenian and the Adriatic Seas. Despite the alliance with Rome, during the Social War Ascoli was among the most active cities in the rebellion for obtaining Roman citizenship, being besieged and then destroyed following its defeat by the Italic peoples. The city became a municipium shortly after the Social War and a colony probably in the Triumviral or Augustan era, during which period it was subject to urban reorganization. Of Roman era Ascoli there remain some monuments: the Gemina Gate is still visible on the western edge of the historic town center; of the structure built in travertine blocks in the Augustan era at the point where Via Salaria entered the city from the west there remain the two lower arches. Following the route of the Salaria from Porta Gemina to the city center, you will find the ruins of the theater, of which there remain the cavea walls and some structures related to the stage. On the other hand, the remains of the amphitheater which stood not far from the theater are now completely buried. With regards to the circulation of traffic, of note are the two splendid Roman bridges, that of Borgo Solestà, of which the interior can be visited, and the Cecco Bridge, from which the Salaria originally exited from Asculum. Both are built in opus quadratum, with travertine blocks. Over the years, two stretches of basalt road belonging to the Decumanus Maximus of the city have also been discovered, and are currently visible in Corso Mazzini. The remains of two temples, one of the Corinthian and one of Ionic order, are still partially recognizable in the structures of two churches. The first, of which parts of the cell and two columns of the façade remain, was incorporated into the church of San Gregorio; on the second, of which only the podium and a cell wall are currently recognizable, the church of San Venanzio was built. Inside the Palazzo dei Capitani are the remains of some structures that faced outward onto the forum, while in the courthouse there are the remains of some domus from which come some of the beautiful mosaics exhibited at the Archaeological Museum of Ascoli Piceno. The substructures of Annunziata hill, above which is the church of the Santissima Annunziata, are monumental. Also to be noted are the remains of a baptismal font, probably dating to the 6th century AD, when the city was looted by the Lombards, now present in the 12th century baptistery next to the Cathedral of Sant' Emidio. 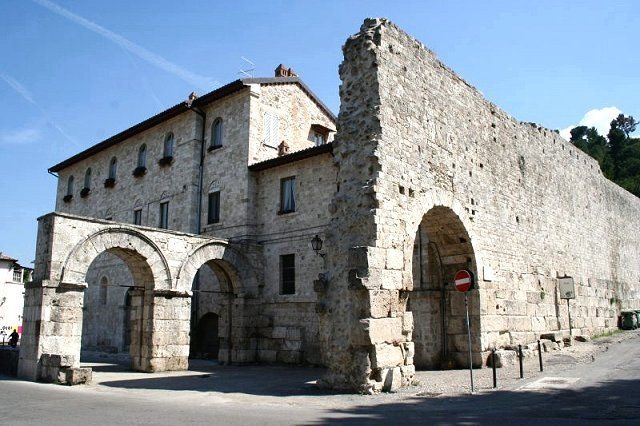 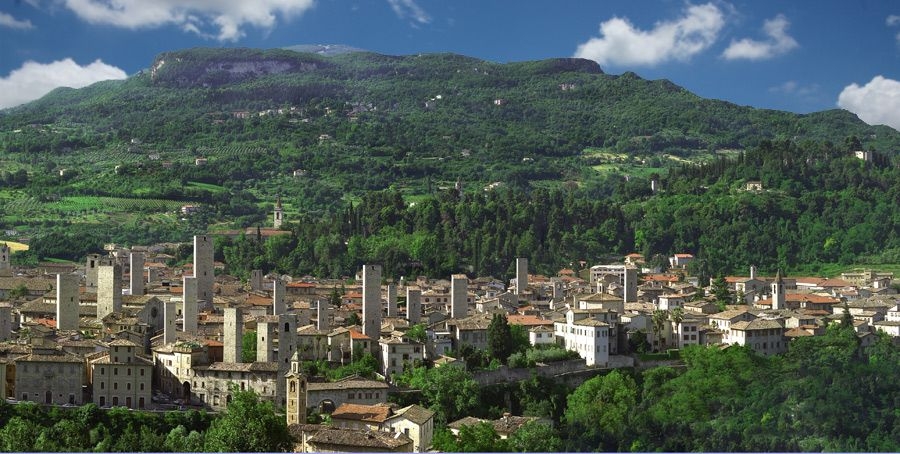 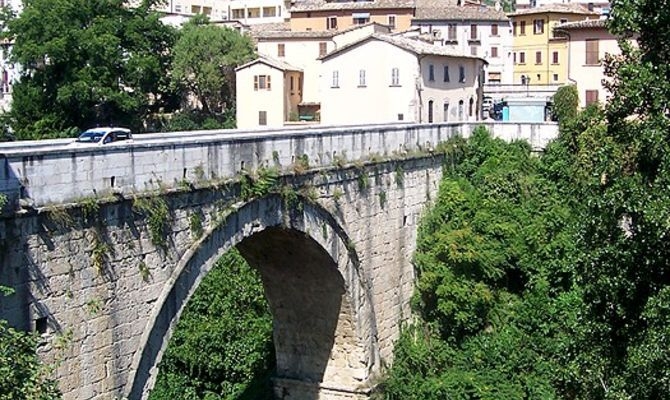 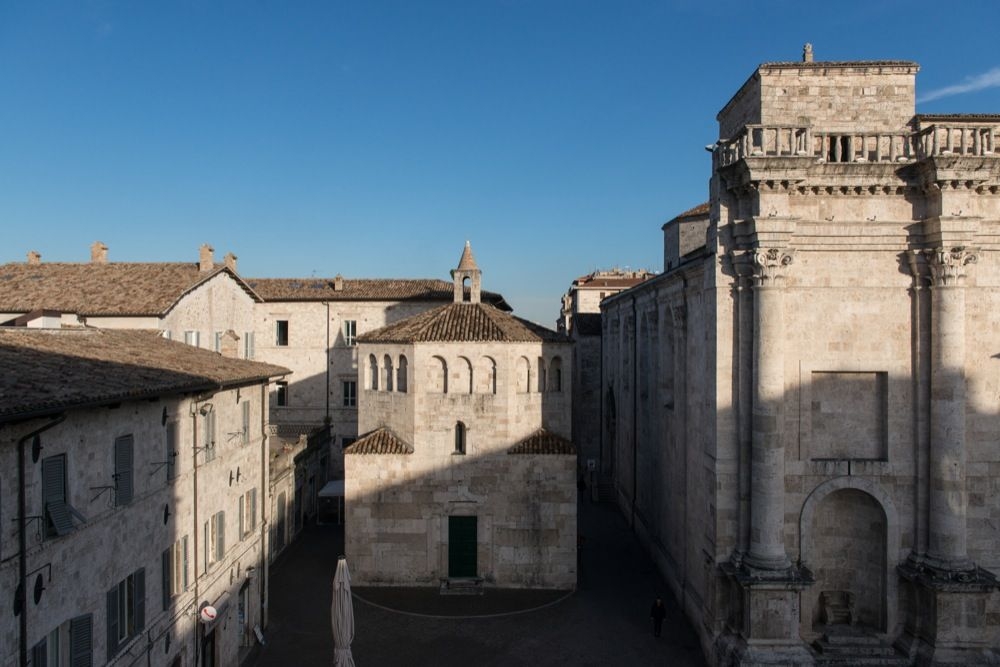 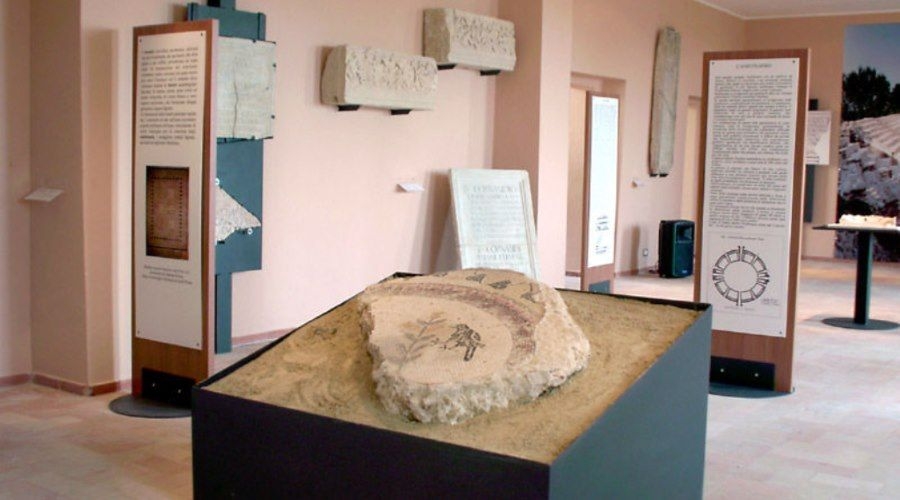 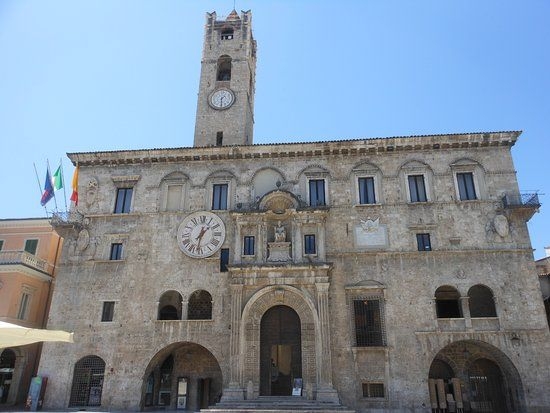